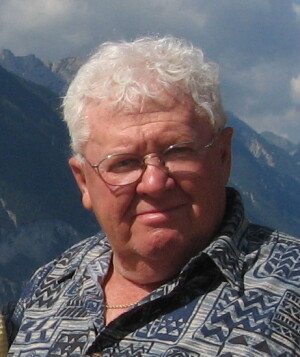 Gene was born on December 28th, 1934 to Lawrence and Gladys Petersen in Viborg, SD. On February 14th, 2021, Gene joined God in his heavenly kingdom. He passed away with his loving wife (Judy), daughters Kellie and Jodie, Son-in-Laws Tim and Doug and Grandson Ian and Granddaughter Loren by his side.  Gene was a beloved husband, father, grandfather, brother and uncle. Gene grew up on the family farm outside Viborg, SD with 3 sisters, Glennys, Arlyce and Dianne, and his brother Robert. He went to Viborg High School and graduated in 1952.  From there he entered the service with the U.S. Army.

After serving with the Army, Gene apprenticed as a brick mason. Through a good friend, he met and married Judith Klink in 1962.  They settled outside of Brighton and raised two girls, Kellie and Jodie, in a home he and Judy designed and built together. Gene worked on many commercial and residential buildings throughout the Denver area.

Gene was an active member of the Brighton community as a lifelong member of the Benevolent and Protective Order of Elks, the Bricklayers Union, Sister Cities and a member of the First Presbyterian Church.  He also volunteered his time helping to build a house with Habitat for Humanity.

In his free time Gene loved to go boating, camping and fishing. Together, he and Judy drove to Alaska, camping and fishing along the way. Having an adventurous spirit, Gene always wanted to “get out of Dodge”.  Together they traveled to many different countries enjoying the culture, food and people.  Gene and Judy were ‘Snowbirds’ and enjoyed spending winter months in Arizona with Judy’s brother Terry and his wife Karen.  They also spent time in the South Dakota Black Hills with his sisters: Arlyce (Rich) and Dianne (Ted).  While in Arizona, they enjoyed visiting with friends and exploring the beautiful desert. At home Gene was a ‘master fixer’, there was nothing he couldn’t repair. He always looked forward to visiting with his friends over coffee.

Gene is survived by his loving wife Judy, his daughters Kellie (Tim Courtney) and Jodie (Doug Zink) and grandchildren Ian and Loren Courtney.   Gene also is survived by his sisters Glennys, Arlyce, and Dianne, and many nieces and nephews.

A celebration of Gene’s life will be held at a later date.

The family requests contributions to be made in Gene’s honor to Brighton Elks Lodge #1586 or The First Presbyterian Church of Brighton.

To send flowers to the family or plant a tree in memory of Eugene Loran Petersen, please visit our floral store.

You can still show your support by sending flowers directly to the family, or by planting a memorial tree in the memory of Eugene Loran Petersen
Share a memory
© 2021 Tabor Funeral Home, Inc.. All Rights Reserved. Funeral Home website by CFS & TA | Terms of Use | Privacy Policy