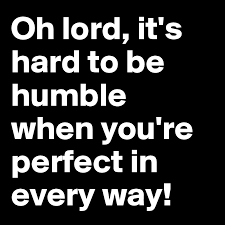 James “Jim” Reasoner, born March 10, 1937, to Glen Leroy and Mary Nell Cameron Reasoner in Barr Lake, Colorado passed away to the tune of Amazing Grace on August 23rd.  A 3rd generation Coloradoan, Jim, his brother, Ross, and his parents traversed the western part of the United States for 14 years as his dad worked as a lineman erecting electrical poles across the country.

Jim graduated from Brighton High School in 1955, then followed his dad to work as a lineman across the mountains of Colorado as electricity was put into service in Summit and Pitkin counties. In 1958, he married his high school sweetheart, Carol Diane Finnegan, and they resided in Brighton for most of their lives.  Soon after they married, Jim completed trade school education as an electrician, a career that brought him great satisfaction as it entailed solving problems for businesses and enterprises across the Denver area and into Montana and Wyoming.  Jim built several homes for his family, all 3 of them on the family farm area south of Brighton.

Not one to shy away from hard work, in 1972, Jim purchased the family homestead and began to farm as well as do electrical work.  In 1979, he joined the Central Colorado Water Conservancy District (CCWCD), an organization dedicated to preserve precious water resources for Colorado’s farmers as well as surrounding towns of the northern sections of the state. Proudly, Jim served this organization as President and as a board member for 42 years. He genuinely loved helping the group solve the issues that helped make farming viable in the arid northern Colorado climate.

Jim served the Brighton community when he joined the Brighton Paternal Order of Elks serving in various roles and as Exalted Ruler. Later he served both state and national organizations of the Elks, but what he relished most was coaching Elk’s members in Ritual Recitation, a graded event in the organization that requires even cadence and proper emotion.  Friday night poker with his fellow poker players was a highlight of his weekly Elks life.

In the 1970’s, Jim received his private pilot license and began to fly small Cessna and Beechcraft aircraft. He and his bride flew to Mexico, Las Vegas, and other points west in these planes for vacations.  He rebuilt a 1947 Stinson aircraft with vintage fuselage and later flew this plane around the Brighton area. He was an instructor pilot, teaching many others the joy of flying and the safe ways of handling a plane.

A quiet, reserved man, Jim spoke sparingly, but when he did speak, he had something with meaning to share.  At family gatherings, he would ask “how’s the gang?” and this was his signal as the desire for an update on the family as he checked in with each of his kids and the grandkids that came along. Carol and Jim seized any opportunity that allowed them to travel to relax on a cruise, fish for halibut and salmon in Alaska, visit family, and watch grandkids graduate college.

Jim is preceded in death by his father, Glen, his brother, Ross, his mother, Mary, his uncle Guy Reasoner and his aunt Alice C. Reasoner. He is survived by Carol, his beautiful wife of 63 years, his three kids, Stephanie Morrison (Glen), Scott Reasoner (Kim), and Laurie Hatch (Guy).  He loved to gather with his 7 grandkids Jennifer Colby, Paul Morrison (Laura), Lindy Clark (Sean), Seth Morrison (Cherec), Cameron Hatch, Victoria Hair (Jonathan), and Zachary Reasoner. He was extraordinarily proud that each of his kids and all 7 grandkids received post-secondary education.  His family grew further to include 9 great grandchildren.

In lieu of flowers, please make donations in Jim’s memory to the loving, attentive angels who cared for Jim through Inglenook Assisted Living Christmas Fund or Bristol Hospice.

To send flowers to the family or plant a tree in memory of James Wesley Reasoner, please visit our floral store.