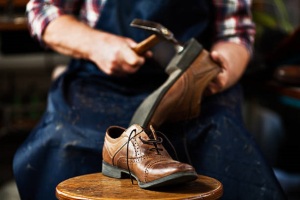 James (Jim) Louis Jaeger, age 80, passed away peacefully in his sleep at home, in Brighton, CO, on April 13, 2021. He was surrounded by his loving family.

He was born on September 26, 1940 in Imperial, Nebraska to Louis and Clara (Ohmie) Jaeger. He grew up, attended schools, and graduated from Chase County High School, in Imperial, Nebraska, in 1958. That is also where he met Sharon L. (Stout) Jaeger, his high school sweetheart, and two years later they married. A marriage that lasted for more than 60 years.  Shortly after marrying, they moved to McCook, Nebraska, then to Cheyenne, Wyoming, and finally to Brighton, Colorado.

Jim loved life as a young child and for a portion of that time was taught in a one room school building. He liked to note that he was the smartest in his class, however conveniently left out that he was the only one in his class. At the age of six he moved from a farm, a few miles to the northwest of Imperial, into town so he could play baseball, basketball and participate in track and field. His high school, Chase County High School, won the state championships in baseball his senior year (1958). He then went on to McCook Community College, where he continued to play baseball. His position was first base.

Jim worked a few different jobs throughout his upbringing. His first job as a young man was as a freshman in high school (1955) and required that he drive from Imperial to McCook, 62 miles. He started by sweeping floors and doing small, tedious tasks and eventually worked his way up to department manager. In 1967 he transferred to the JC Penney store in Cheyenne, Wyoming, and on April 1, 1970 transferred to the JC Penny store in Brighton, Colorado, and was the store manager until 1977. He then decided to open up a shoe store, which eventually became Jim’s Shoes.  The shoe store transformed from a shoe store to a shoe repair (cobbler) with some shoe/boot sales. He worked until he was 79, late 2020. His goal was always to work until he was 80, but Covid and other family needs led him to close the business before reaching that goal.

Church and family always came first in Jim’s life. He was very devoted to his faith and was heavily involved in taking care of his church and community. Jim held many positions within his church and church school over his 50+ years as a member. He was well known locally for such things as the one that led the downtown merchants and city to acquire Christmas lights for Main and Bridge Streets in town when they had none. He served on the Brighton School District 27J Board for 7 1/2 years, was a state judge for the Distributive Education Clubs of America (DECA) of Brighton High School for 30 years, a board member of United Power for 12 years, a Brighton Jaycee, a Brighton Elk, and a Kiwanis member for over 30 years.

Jim was also a diehard Nebraska Cornhusker fan who also grew to love the hometown high school team, the Brighton Bulldogs. He was an avid Bulldog fan and if you didn’t know where Jim was chances were that you may find him in the crowd of a Bulldogs sporting event. Jim was also an enthusiastic mountain hiker and bird watcher, and completed numerous continental divide hikes from the east side of the divide, over the divide, and ending near Grand Lake. He loved the outdoors and spending time with friends and family as much as he could.

Memorial services honoring Jim will be Friday, April 30, 2021 at 11:00 a.m., at Zion Lutheran Church, 1400 Skeel Street, Brighton, Colorado 80601. Seating is limited and those desiring to attend will need to signup prior to attending. There will be no viewing or cemetery services. A reception will be held following at a location a few miles east of Brighton on Bromley Lane. For those desiring to make a donation in Jim’s honor, he requested memorials be made in his name to Zion Lutheran Church and designated to be applied to the "Building Debt Retirement Fund."

Tabor Funeral Home will be providing the link for both for the livestreaming of the service via Jim's online obituary at www.taborfuneralhome.com. A link for livestream access will be available for viewership the day of the service for those unable to attend!

THE ATTENDANCE CAPACITY LIMIT HAS BEEN REACHED AS OF TODAY AT ZION LUTHERAN CHURCH FOR JIM'S MEMORIAL SERVICE.  IT IS NOW TO LATE TO SIGN-UP TO BE ABLE TO PHYSCIALLY ATTEND SERVICES. WE SINCERELY APOLIGIZE.

A reception in Jim's honor will be held after the funeral in a barn several miles east of town on Bromley Road.  There is an I-76/Bromley Road interchange, and the reception is to the east of I-76 a short distance.  Directions to it will be provided at the funeral. The address of the reception facility is, 14701 Powhatan Road, Brighton 80603.

To send flowers to the family or plant a tree in memory of James "Jim" Louis Jaeger, please visit our floral store.