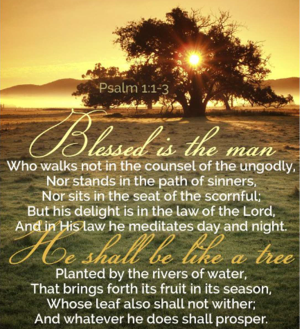 Steven is survived by his mother, Anna Dias as well as his siblings. He was the youngest of four siblings: Donna (h. Tim) Craghan, Joseph (w. Janie) Dias and Gayle (h. Louis) Giguere. He lived in Rhode Island until 1973 and moved to Denver, Colorado where he spent the last 47 years. Steven attended Bear Creek High School in Littleton and enrolled in the United States Air Force in 1978. He remained in service until he was honorably discharged in 1982. He owned his own catering company until 1986, when he went to work for PepsiCo. He will always be remembered for his mischievous grin, infectious laughter and a penchant for trouble. He was a wonderful son who was loved dearly by both his parents.

Steven is survived by the love of his life, Mari Dias (Sniegowski), whom he married in 1996. They lived in Lakewood until they bought their forever home in Brighton in 2007. They had many dogs that they loved dearly - Macha, Marble, Pixie, Riddick and the newest addition, Willow. They loved to keep the windows open, the music playing and just to enjoy each other's company. Steve loved Mari tremendously, they were soulmates. He never missed an opportunity to tell her he loved her and called her Beautiful.

Steven is survived by his three children whom he loved dearly and spoke of often; Maggie (h. Sean) Bernardy, Jack Dias and Joe Dias (fiance Ashley Nickell). He could always be counted on to provide early morning wake up calls or to sing them his rendition of Happy Birthday every year. He had a special bond with each of his children, and they all knew how proud he was of them. Steve was also a stepfather to Jason Worysz and Nathan Worysz. If you asked Steve - he always said he had five children. He was also a wonderful father in law to Sean Bernardy, whom he liked to tease, but always knew Sean would be there for his daughter and grandkids.

Steven is survived by his grandchildren. He was Papa to ten. Liam, Austin, Peyton, Amelia, Jack, Archer, Damian, Anthony, Taylor, Nathan. His grandchildren loved him to the moon and will always remember how Papa threw them in the deep end of the pool and how he always let them get the medium sized slurpee. He never forgot a birthday and his hugs will never be matched. They loved his laugh, his tricks, his jokes, his tickles. To them, he was larger than life.

Steven loved working for PepsiCo. He worked for the company in many roles until 2014 when he transitioned over to Frito Lay, still part of the PepsiCo. family. Within Frito Lay, Steven was a beloved member of the team, doing the job it takes 2-3 people to fill. He will be truly irreplaceable as his work ethic was second to none. He was proud to work for PepsiCo. You’d never catch him drinking a competing brand, and he would always razz you if he caught you doing it. He worked hard, but to him it was hardly work because he loved what he did.

Steven’s family wants you to remember the light and joy that he brought to this world. To know him was to love him. He was a loving son, a devoted husband, the best father, a joyous brother, the “fun” uncle, a wonderful cousin, and the kind of friend that you can’t bare to lose. We want you to remember his smile that lit up the room but had a mischievous side to it. We want you to remember how he laughed, and how he did so with his whole face! We want you to remember the man that meant so much to so many of us, and to always carry him in your heart. We want you to eat that dessert and pour that extra strong Belvedere cocktail in remembrance of the best man many of us were so lucky to call ours.
Steven was preceded in death by his father, Joseph Dias Jr. We know Steven and his Dad are together again, shooting a Nickel and keeping watch over all of us down here. Steven was also preceded in death by his father in law, Milton Sniegowski and his mother in law, Patricia Sniegowski.

Until we meet again.

To send flowers to the family or plant a tree in memory of Steven Norman Dias, please visit our floral store.